I had the privilege of working with 4 team members for one of my classes at CSUSM. Below are things that I’ve learned. The background story is that there is no leader, so you need to learn how to communicate and get along. It is quite challenging. Decisions don’t depend on one person. Making decisions are based on democracy. There are many more things besides this that trumped me. Below are 10 of the most important things I’ve learned.

Take the time to learn everyone.

This is when emotional intelligence comes in. It’s essential to know how to speak to people and approach people in their own way to minimize tension and have a cohesive team. In most cases, a cohesive team makes working in a team more enjoyable. Invite your team for a casual fun time and talk about their working style. This goes a long way.

Part of what we learn is that it’s good to have a diverse team. This is especially true, but you do come across ideas that are absurd or might not work. The best thing you can do is letting them finish without interruption, instead of saying, “No. This is not going to work…”. One of my team members and I worked with did this and everything this person said after the “No” portion nobody listened to.

Don’t take it personally, but also consider people who do.

I also had the dilemma of trying to figure out what you consider personal and not personal. I once had a client who took everything personal in nature, as that is how this person was wired. I never worked with an emotional person before, and I found it challenging. But as I look back, I found it fascinating that I was apparently the emotional one in the team.

Take a day or two to absorb new ideas and come up with new challenges.

I think this is one of the few things that trumped us, and even I wasn’t suspecting it to happen until we formed this group of people with the same skills and education as I. Sometimes new ideas need time to be soaked in our minds. We all learn it differently.  If this is the case, it’s best to wait a couple of hours before coming up with a solution to save a headache in the long run.

It’s ok to be vulnerable.

Enthusiasm and happiness are contagious. A little bit of unhealthy criticism can lead to a toxic working environment.

Don’t be afraid to take the lead

If you know what you’re doing, don’t be afraid to stand up and gather everyone. You all have the same goal/s, and you want to be one of those people that can say that you did everything you could to make it work.

This is also good for your well-being. You never know when you’ll need their help someday. There is a relationship where people aren’t fit to have a business relationship with someone, but they’re an excellent fit to be friends instead.

I cannot stress this enough. A simple acknowledgment such as “ok” or “thanks” goes a long way. This tells the other person that you received the message and read it. If this occurs during an email, the person sending the information can put “NRN, unless you have questions.” at the bottom of the email. That way, it’ll save people time and energy if the other person received it or not.

Being in a group setting has challenges. I was stressed the whole time, but thankful for the outcome. I ended up leaving the team last minute because I thought I could endure. Perhaps I could have communicated better with the person that drove me to leave, but at that point, I thought it was too much since our preference in communication did not communicate. Therefore, it’s essential to be flexible.

Photo by Canva Studio from Pexels

2018 Aurora Afable How I Organize my Evernote
9 replies 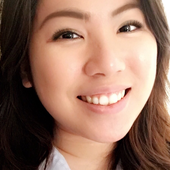 Learning – one of my weaknesses
Scroll to top